Once again I am here to talk about a South-East Asian society which is the Thai one, just this time it isn’t related to a volunteering action: after three years since last time, I decided to visit a new Thai island which is close to the border line with Malaysia. The island is Koh Lipe which is part of the Tarutato National Park:

The aim was to explore new breathtaking landscapes by hiking and snorkeling dive; for such a challenge I planned to stay on Koh Lipe for just two days and after that I would have kept travelling to Malaysia which is by far less touristy than Thailand is.

My approach to Koh Lipe was nothing like surprising as I previously traveled to other gorgeous Thai islands, however as I arrived on Koh Lipe, I was keen to start exploring around the walking streets, as first and usual thing I needed to withdraw some Thai-Bath money by catching a cash dispenser, I asked one Thai guy what the way to the “centre” was, then he offered me to give me a ride there by motorbike as a warm welcome, as first I thought that he’d have expected a tip from me, in fact he didn’t but still I found nice to provide him with a 50-฿ tip.

As a second thing, I needed to find an accommodation with modest claims since I don’t like to have everything super-planned: in the worst case scenario I’d have slept one night on the sand by sleeping bag which wouldn’t have been the end of the world 😉 However I succeeded in finding one, that took me less than an hour 🙂 It was SHANTI hostel with air-conditioned for 400฿ per night which was reasonable.

Reception of the Hostel

The walking streets on Koh Lipe are full  of restaurants, cafe, shops and some diving schools like in any other well-developed Thai island with the only difference that this island is much smaller and quiet if compared it to Koh Tao and Koh Phi Phi.

In addition to that, if you walk further to the sunrise beach you you’ll discover an area which is populated by local Thai nomads, these people typically live in rustily-furnished shelters and conducts a simple and cheerful life-style, obviously as a curios photographer I didn’t renounce in stumbling into their village, I know they wouldn’t have ripped me off  by any means 😀 but instead they appeared to be pleased by my photo-visit, moreover they started to play some random folklore music which made everyone in a cheerful mood as shown in the short movie below:

As I kept walking through their village I noticed they were even provided with a small bazar for food and beverages which was owned by themselves, and not far from their village there were the shelter of most of Thai and non-Thai residents of the island, not only do the gypsies live in such a simple conditions but also all the rest of residents do, including the Italian owner of SHANTI hostel, since the island life doesn’t involve them to live with any formal clothes.

Further to that, on Koh Lipe unlike other Thai islands, only residents are provided with motorbikes, I mean that nobody rents motorbike to the visitors since the roads are narrow and with no asfalt which makes pretty much sense because it is part of the Tarutato National Marine park; basically they want to protect the natural park from the any source of pollution.

To sum it up, although I expected Koh Lipe to be busy like Koh Phi Phi is, in fact it wasn’t like that, at least on November, besides that, here there no disco-clubs attracting bunches of youngsters who are willing to get drunk and that’s all 😀 Here the environment is chilling and relaxing which conveys the right harmony in the evening, then especially when you you want to enjoy a tasty sea-food dinner and a chill-out just after that, perhaps with a healthy hot herbal tea with butterfly pea as shown below 😉

One questionable point is: having considered how the Thai gypsies and all the local residents live, are we Europeans really sure that our happiness and fulfillment depends on how many gadgets and belongings we have on our hands?

Or are there any other key-factors which determine our fulfillment and joy of life?

Having said that, I will leave it up to you to figure out what make you feel happy, and base on that we can identify our room for improvement for our life-style.

I wish you all a Happy and Joyful Christmas day! 🙂

Everybody is warmly welcomed to comment and make suggestions on it! 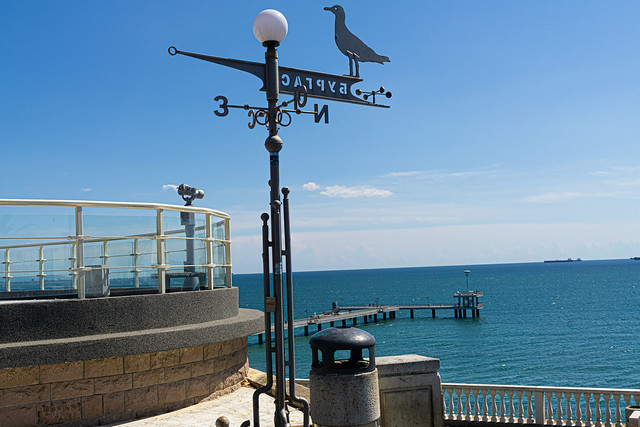